On November 21st Shepherds College students and Catalyst clients embarked on a challenge of wits and strength. Journeying through nine various geographical regions, ten tribes geared up to compete in a game that many have called “daring” and “adventurous.” They called it: Survivor!

Survivor was staged in various rooms within the Wood Center on the Shepherds grounds. Tribes met in the gym for the opening Council Meeting, selected their tribal torch from the inner circle and learned of the various challenges they were about to embark upon. They also witnessed the presentation of two immunity idols that were, at random, placed around the building.

For the next two hours, tribes ventured into the darkest jungles, climbed the highest mountain, found themselves stranded on a raft in the ocean and created their tribal symbol and animal. At each location, tribes tested their strengths and wits to overcome obstacles. They encountered jungle vines in the form of the human knot, natural disasters while climbing the mountain, a selection of random items needed to survive while stranded on the raft, and ate rations of oysters and sardines in the blustering Arctic. At each challenge, they had the opportunity to earn points to ultimately win the Skill Challenge!

As they ventured from challenge to challenge, Catalyst clients and College students engaged in conversation, learning about each other and working as a team to overcome the obstacles of the game. Tribes created team symbols like the “Camelbacks” and “BatMen” and then totem animals out of various craft supplies.

The evening ended at the final Tribal Council in the gym. Tribes filed in and faced the elimination round. Tribes shouted out their scores and plunged their torches into the inner circle! The Aqua and Blue tribes claimed victory by using keen senses to find the Grass and Parrot immunity idols. 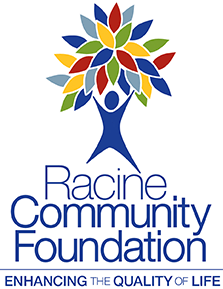