When Jordan came to Shepherds College, we anticipated he would learn independent living skills and a trade. Looking back, we see that God had a bigger plan. Jordan already had a heart for the Lord, but we did not anticipate the impact Shepherds College would have on his abilities to serve the body of Christ.

Pastor Kim Dopler writes of Jordan’s gifts to his church after graduation:

“When Jordan returned to Sycamore Reformed Baptist Church, he wanted to do anything he could to serve the Lord.  He has been delighted to hand out bulletins and greet everyone as they enter the sanctuary and, quite frankly, it is a delight to be greeted by him!  He has learned how to help with the sound system and has given praise for that opportunity. He also gave a report on a missions trip he took. It was wonderful to see his confidence in front of the congregation, the organization of his thoughts, and the joy he felt being involved in the work.”

Mitch Axsom, the coordinator of Building Tomorrow’s Missions, writes about Jordan’s mission experience: “From the very beginning, I found Jordan to be desirous of both ministry and service.  On one of the first days, he and I went door to door inviting residents to send their children to Vacation Bible School. He served with me on the team which taught the oldest children at VBS as well as assisted those leading in crafts. He also suggested we sing the doxology before our evening meal at the time of prayer. How thankful I was that Jordan chose to come this year!”

Jordan’s heart for serving has gone further than his church. Greg Clearman, a deacon at Jordan’s church, writes about his outreach:

“Upon Jordan’s graduation, he returned home to the Quad Cities, as well as spent time with his siblings out of state.  This young man left us reserved, quiet, and somewhat insecure about his status in life.  What I have seen the Lord do in Jordan is amazing.  He returned more confident, more assertive, and his zeal for the Lord has grown immensely.  He worked at a local nursery and volunteered at food pantries. He recently raised over $1,000.00 for a local Pregnancy Resource pro-life walk. He grew and sold fresh produce and donated the money he earned to Shepherds College in gratitude for their role in his life.”

Jordan’s major in horticulture has served him well. He did an internship at Green Thumbers in Davenport, IA, and worked there again after graduation. His supervisor, Mary Feldman writes,

“Jordan started out watering the plants and has now branched out with some additional duties; unloading trucks, displaying the plant material, assisting customers in the nursery, and loading items into their cars.  Jordan always has a smile on his face and will do whatever is asked of him. He has created a soft spot in all of our hearts for him.”

Recently, Jordan began a new chapter in his life. He moved to Chattanooga, TN where his brother and sister-in-law have a small apartment attached to their house so Jordan can practice his independent living skills.

As Jordan goes forward in faith, I think Greg Clearman summarizes him best:

“He is an amazing young man and, everywhere he goes, people are endeared to him because of the love he shares with them. It is a privilege and honor to call him a brother in the Lord.” 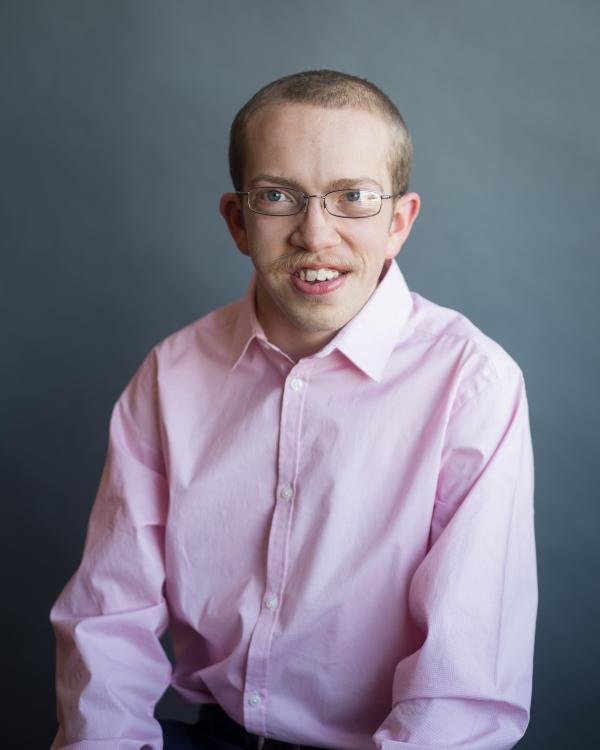